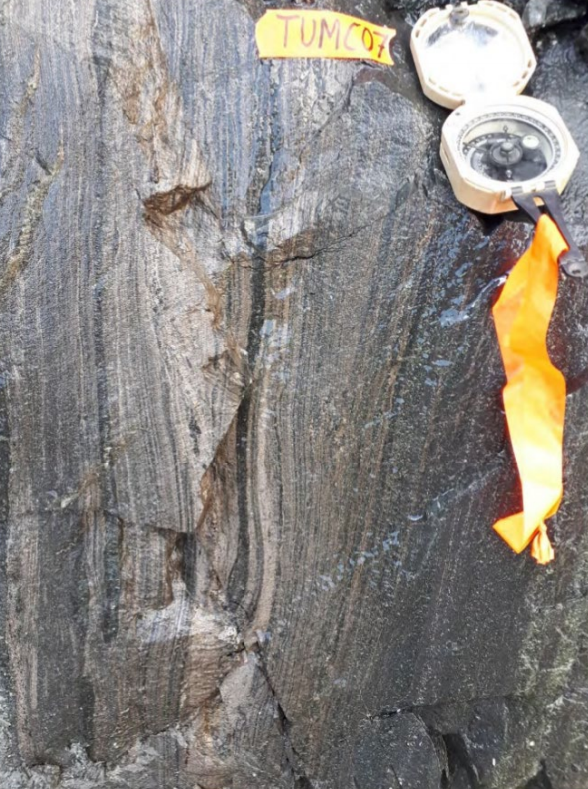 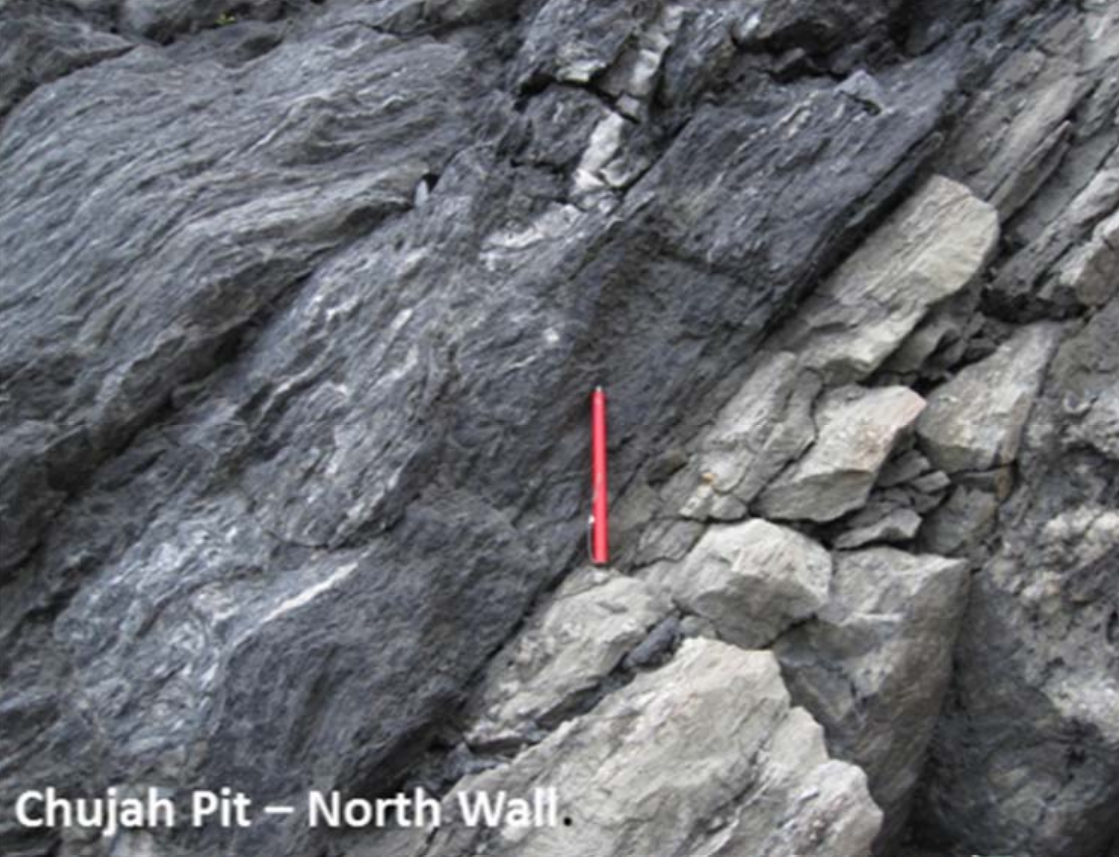 Volcanic lense in the Bogoso North Pit steeply dipping to the West with sheared graphitic sedimentary package in the hanging wall. The lower picture illustrates the deformed nature of the quartz veins within the graphitic shear zone. 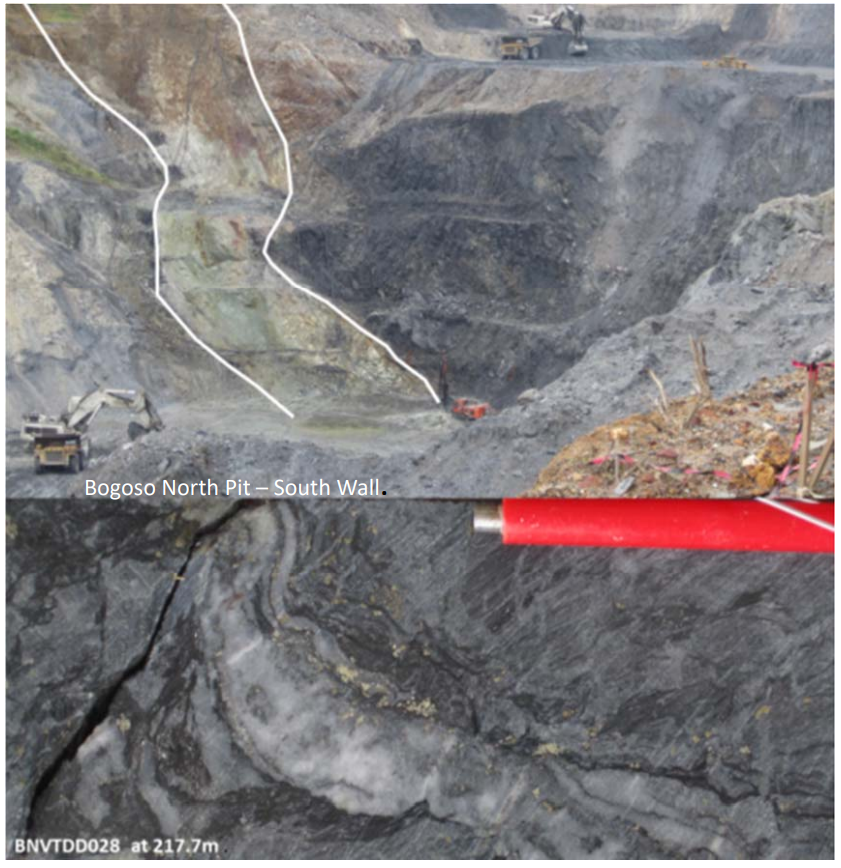 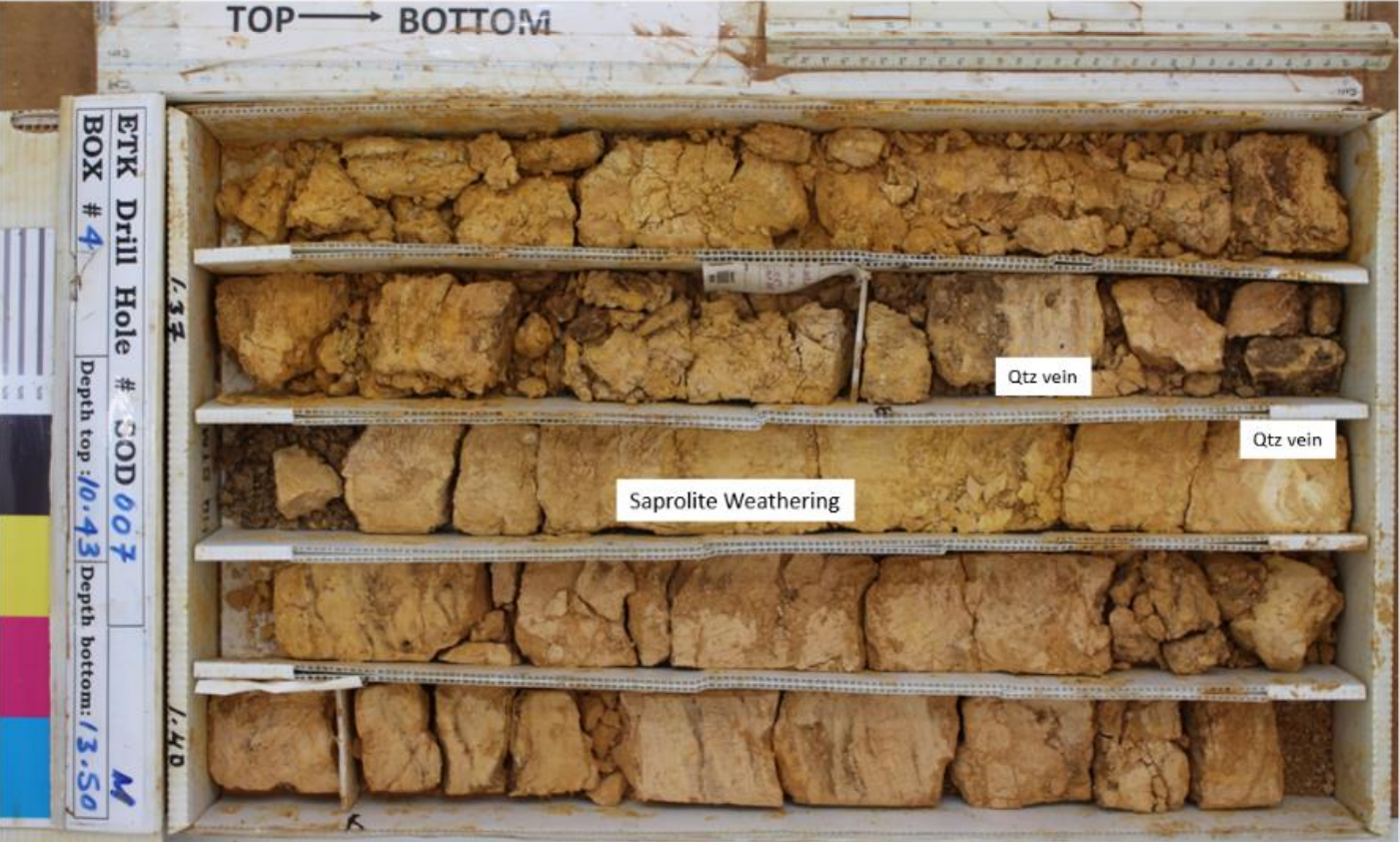