The Kekura deposit is hosted by a granodiorite intrusion. Mineralization is interpreted to have a paragenetic relationship to the intrusive rocks: residual fluids became progressively enriched in gold as other components crystallised.

Gold mineralization is concentrated around a series of faults, dipping 15-40°, that control the development of zones of hydrothermally altered rocks (beresites) and quartz veins. The faults appear to be dominantly of a thrust nature, with a cumulative displacement across the mineralised package in the order of tens of metres, as indicated by offset of lamprophyre dykes.

The main package of mineralised structures, known as the Pologay zone, has a strike length of over 1,000m, a down-dip extent of at least 400 m, and a thickness of 80 to 120 m.

The Pologay zone outcrops in the southwest. Steeper faults (50 to 80°, east to southeast dipping) control the extent of mineralisation to the west (Vintovoy Fault) and north, and also provide a structure (Daykovy Fault) that approximately corresponds to the likely boundary between the open pit and underground components of the deposit. The constraining structure to the north is itself mineralised (Krutaya Zone). Many of the steeper faults are intruded by diorite porphyry dykes.

The products of the hydrothermal alteration associated with gold mineralization are dominantly quartz, sericite, feldspar, carbonate, chlorite and sulphides. Arsenopyrite is the dominant sulphide mineral (up to 2-3%); molybdenite and chalcopyrite occur as minor components. There is a coarse component to the gold distribution, with grains commonly in the range 0.5 - 1 mm, and occasionally reaching 3 – 5 mm.

An oxidation zone, to a depth of 20 to 30 m from surface, is noted from the occurrence of iron hydroxide mineralised on fracture surfaces, but overall this zone appears to be weakly developed, and does not have a significant effect on the distribution or gold, nor the processing properties of the mineralised rocks. 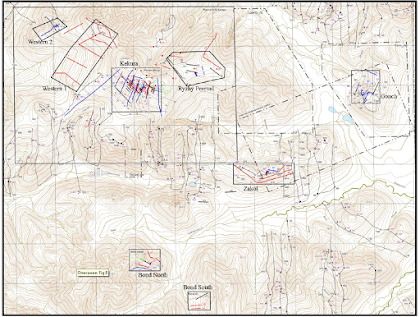 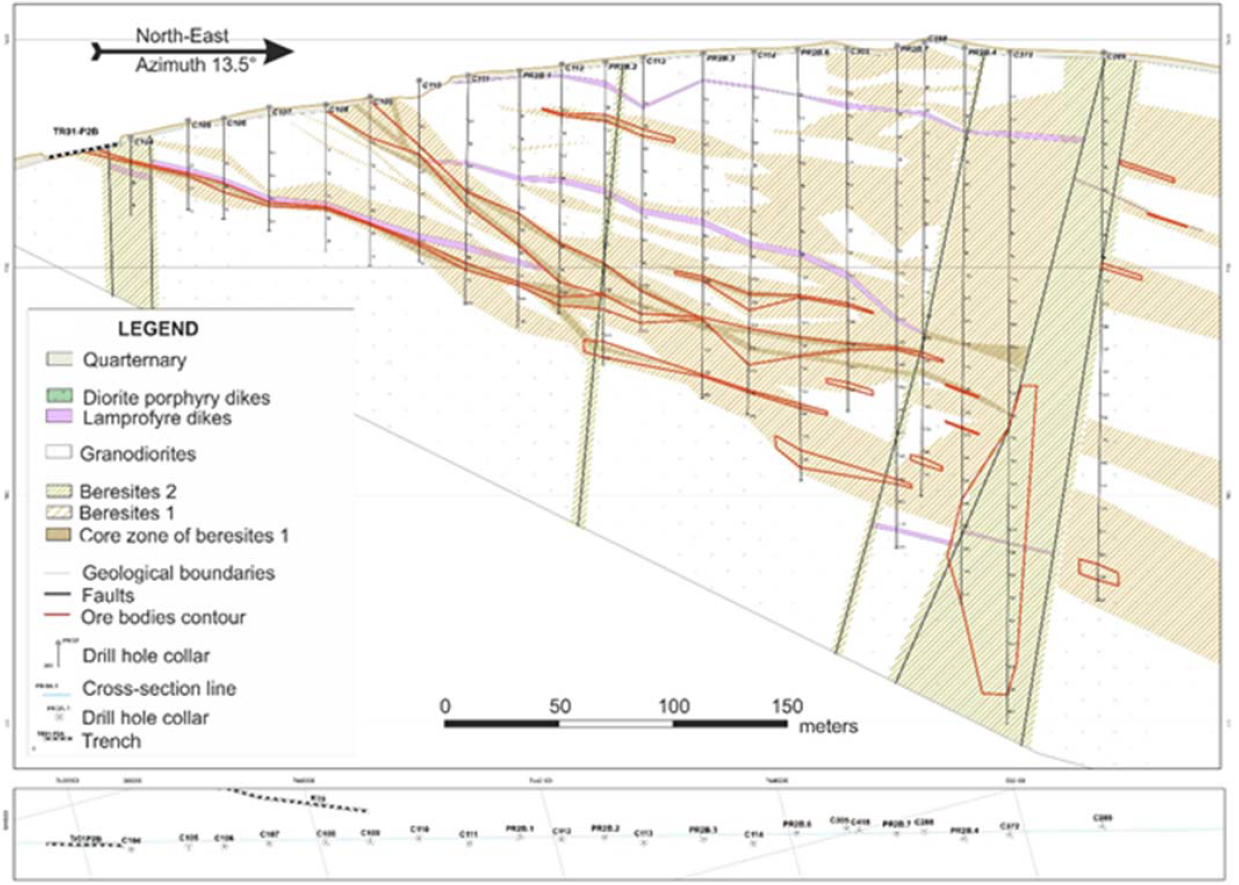 The initial phase of geological study over the territory including Kekura occurred from 1957 to 1962. It was not until the 1990s that surveys at 1:50,000 scale and 1:200,000 scale, including surface mapping, and geochemical and geophysical studies, identified Kekura as one of several highly prospective targets for gold mineralization.

In 2004-2008, “Crystal” LLC completed prospecting and evaluation works within the license area of Koralveemsky ore cluster (150 km2), including drilling and trenching of the Kekura deposit.

The results of the exploration were submitted to the GKZ to define preliminary resources. Following GKZ recommendations, the drilling pattern for resource definition was infilled to a line spacing from 25 m to 40 m, a hole spacing of 20 m along drilling lines. Furthermore, the GKZ recommended pilot mining and processing of 150,000 tonnes to quantify likely mining losses, dilution and metallurgical parameters.

In 2017, HGM undertook a Reverse Circulation (RC) drilling program, comprising 459 vertical holes on a 10 m by 10 m pattern, with a cumulative length of 14,615 m, targeting the central part of the deposit. HGM also undertook a program of confirmation drilling to check the continuity of the higher grade mineralization in potential underground mining areas. This diamond core drilling included 22 holes with total length of 4,795 m and maximum depth of 379 m.