Inmaculada is a 20,000 hectare two-third gold and one-third silver mine consisting of 40 mining concessions located in the Ayacucho Department in southern Peru. Inmaculada is 112 kilometres from the Pallancata operation.

The property consists of forty mining concessions and is characterised by both low and high sulphidation epithermal mineralised systems, hosted by veins, breccias and disseminations within tertiary volcanic. The Inmaculada mine has considerable geological upside. The main Angela Vein remains open, with additional upside potential in several other structures within the property. Current project economics take into account almost five million tonnes of Inferred Mineral Resources, containing over 60 million silver equivalent ounces, which could almost double Inmaculada’s life-of-mine, as well as further geological potential from a number of veins known in the district.

It is expected that the mineable resource base will expand by upgrading the Inferred Mineral Resources in the south west and north east extensions of the Angela vein into the reserve category, and in addition, the Inmaculada district hosts over 25 kilometres of gold-silver-bearing quartz veins, which remain largely untested. The Group does not face any accessibility issues at the Inmaculada mine. 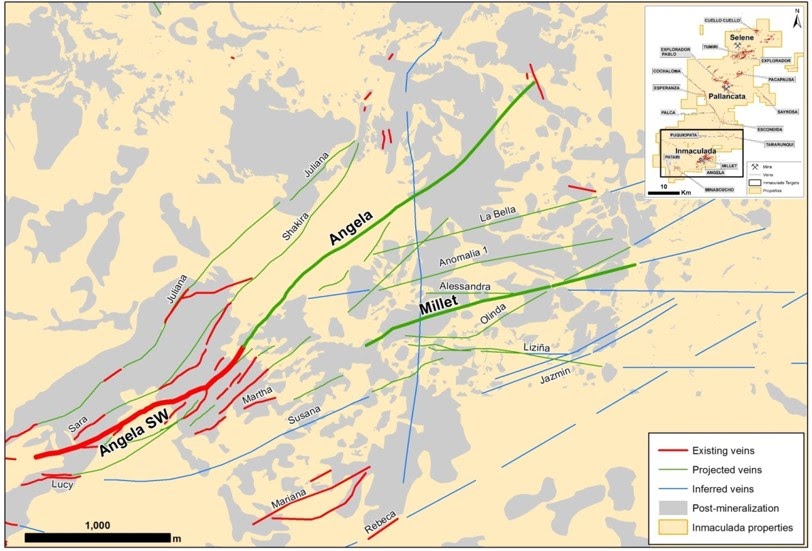