The Pallancata silver/gold deposit is located in the Department of Ayacucho in southern Peru, approximately 160 kilometres from the Arcata operation. Pallancata commenced production in 2007 and up until December 2013 was a joint venture, in which Hochschild held a controlling interest of 60% with International Minerals Corporation (“IMZ”). Following the purchase of IMZ, Hochschild now owns 100% of the operation. Ore from Pallancata is transported 22 kilometres to the Selene plant for processing.

The Pallancata and Mariana veins were discovered at the property in 1980. In 2002 IMZ acquired the property and conducted an exploration programme from 2002 to 2005. In 2006, Hochschild Mining plc signed a formal Joint Venture Agreement with IMZ to fast track development, permitting and commencement of commercial production from the Pallancata deposit. Production commenced at Pallancata in the third quarter of 2007 at an initial rate of 180 thousand tonnes per annum.

Pallancata is a low-to-intermediate sulphidation precious metal epithermal vein deposit and is mined using the cut and fill method. Low sulphidation epithermal vein mineralisation extends from the San Javier / Virgen del Carmen areas in the north for over 3 kilometres to the Pallancata vein, and up to 2 kilometres in an east-west direction, with a vertical extent of up to 500 metres. The Pallancata vein is the principal target area. The known mineralised zone at the Pallancata vein is over 2 kilometres long and is up to 40 metres wide. The San Javier and Mariana zones display similar veining with high-grade silver and gold mineralisation.

The Pallancata ore is transported approximately 22 kilometres to Selene plant for processing and is sold in the form of silver/gold concentrate. 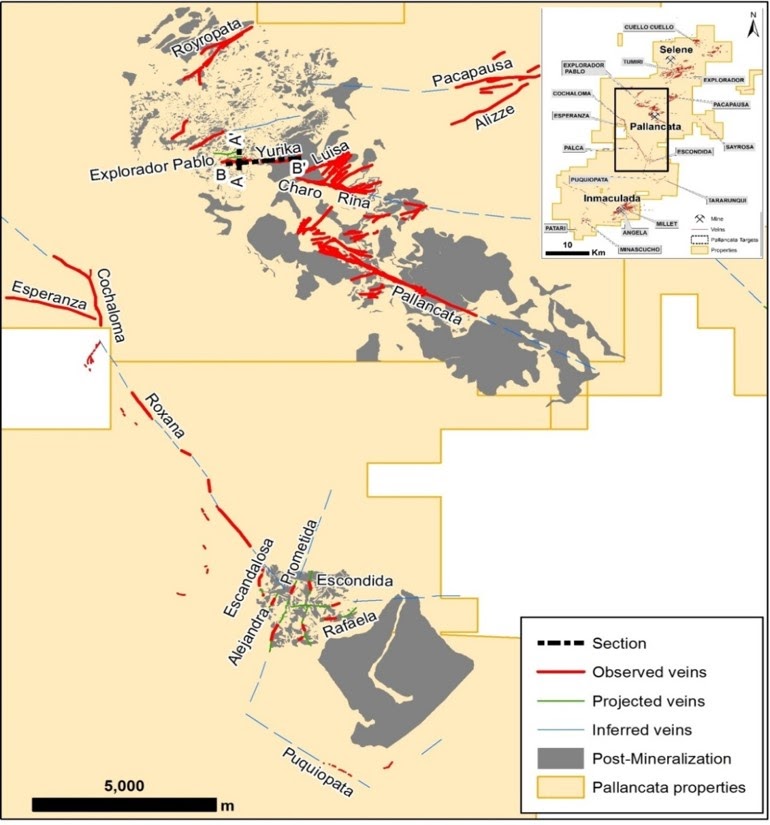